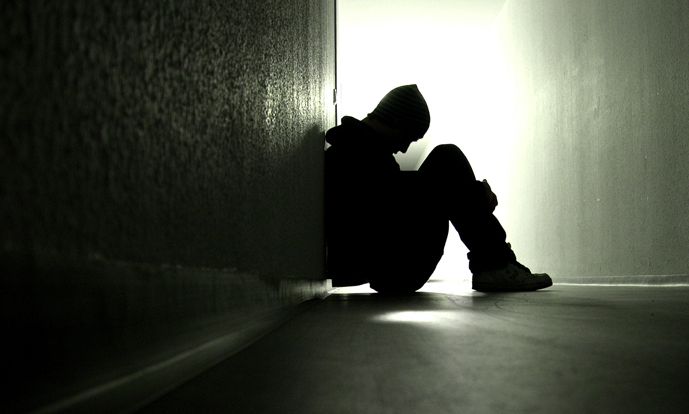 A depressive disorder is not a passing blue mood but rather persistent feelings of sadness and worthlessness and a lack of desire to engage in formerly pleasurable activities. A complex mind/body illness, depression can be treated with drugs and/or therapy.

A depressive disorder is an illness that involves the body, mood, and thoughts. It interferes with daily life, normal functioning, and causes pain for both the person with the disorder and those who care about him or her.

Not everyone who is depressed or manic experiences every symptom. Some people experience a few symptoms, some many. The severity of symptoms varies with individuals and also varies over time.

There is no single known cause of depression. Rather, it likely results from a combination of genetic, biochemical, environmental, and psychological factors.

Research indicates that depressive illnesses are disorders of the brain. Brain-imaging technologies, such as magnetic resonance imaging (MRI), have shown that the brains of people who have depression look different than those of people without depression. The parts of the brain responsible for regulating mood, thinking, sleep, appetite, and behavior appear to function abnormally. In addition, important neurotransmitters—chemicals that brain cells use to communicate—appear to be out of balance. But these images do not reveal why the depression has occurred.

Some types of depression tend to run in families, suggesting a genetic link. However, depression can occur in people without family histories of it as well. Genetics research indicates that risk for depression results from the influence of multiple genes acting together with environmental or other factors.

Women experience depression about twice as often as men. Biological, life cycle, hormonal, and other factors unique to women may be linked to their higher depression rate. Researchers have shown that hormones directly affect brain chemistry that controls emotions and mood. Some women may be susceptible to a severe form of premenstrual syndrome called premenstrual dysphoric disorder (PMDD). Women affected by PMDD typically experience depression, anxiety, irritability, and mood swings the week before menstruation, in such a way that interferes with their normal functioning. Women with debilitating PMDD do not necessarily have unusual hormone changes, but they do have different responses to these changes. They may also have a history of other mood disorders and differences in brain chemistry that cause them to be more sensitive to menstruation-related hormone changes. Scientists are exploring how the cyclical rise and fall of estrogen and other hormones may affect the brain chemistry that is associated with depressive illness.

For example, women are particularly vulnerable to depression after giving birth, when hormonal and physical changes, along with the new responsibility of caring for a newborn, can be overwhelming. Many new mothers experience a brief episode of the “baby blues,” but some will develop postpartum depression, a much more serious condition that requires active treatment and emotional support for the new mother. Some studies suggest that women who experience postpartum depression have had prior depressive episodes. Treatment by a sympathetic physician and the family’s emotional support for the new mother are prime considerations in aiding her to recover her physical and mental well-being as well as her ability to care for and enjoy the infant.

Many women also face additional stresses of work and home responsibilities, single parenthood and caring for children and aging parents, abuse, poverty, and relationship strains. It remains unclear why some women faced with enormous challenges develop depression, while others with similar challenges do not.

Researchers estimate that at least 6 million men in the United States suffer from a depressive disorder every year. Research and clinical evidence reveal that while both women and men can develop the standard symptoms of depression, they often experience depression differently and may have different ways of coping with the symptoms. Men may be more willing to acknowledge fatigue, irritability, loss of interest in work or hobbies, and sleep disturbances rather than feelings of sadness, worthlessness, and excessive guilt. Some researchers question whether the standard definition of depression and the diagnostic tests based upon it adequately capture the condition as it occurs in men.

Depression can also affect the physical health in men differently from women. One study shows that, although depression is associated with an increased risk of coronary heart disease in both men and women, only men suffer a high death rate.

Instead of acknowledging their feelings, asking for help, or seeking appropriate treatment, men may turn to alcohol or drugs when they are depressed, or become frustrated, discouraged, angry, irritable, and, sometimes, violently abusive. Some men deal with depression by throwing themselves compulsively into their work, attempting to hide their depression from themselves, family, and friends. Other men may respond to depression by engaging in reckless behavior, taking risks, and putting themselves in harm’s way.

More than four times as many men as women die by suicide in the United States, even though women make more suicide attempts during their lives. In light of the research indicating that suicide is often associated with depression, the alarming suicide rate among men may reflect the fact that many men with depression do not obtain adequate diagnosis and treatment that may be life saving.

Even if a man realizes that he is depressed, he may be less willing than a woman to seek help. Encouragement and support from concerned family members can make a difference. In the workplace, employee assistance professionals or work-site mental health programs can be of assistance in helping men understand and accept depression as a real illness that needs treatment.

Depression in the Elderly

Some people have the mistaken idea that it is normal for the elderly to feel depressed. On the contrary, older people feel satisfied with their lives. Sometimes, though, when depression develops, it may be dismissed as a normal part of aging. However, when older adults do have depression, it may be overlooked because seniors may show different, less obvious symptoms, and may be less inclined to experience or acknowledge feelings of sadness or grief.

In addition, older adults may have more medical conditions such as heart disease, stroke or cancer, which may cause depressive symptoms, or they may be taking medications with side effects that contribute to depression. Some older adults may experience what doctors call vascular depression, also called arteriosclerotic depression or subcortical ischemic depression. Vascular depression may result when blood vessels become less flexible and harden over time, becoming constricted. Such hardening of vessels prevents normal blood flow to the body’s organs, including the brain. Those with vascular depression may have, or be at risk for, a co-existing cardiovascular illness or stroke.

The majority of older adults with depression improve when they receive treatment with an antidepressant, psychotherapy, or a combination of both. Research has shown that medication alone and combination treatment are both effective in reducing the rate of depressive recurrences in older adults. Psychotherapy alone also can be effective in prolonging periods free of depression, especially for older adults with minor depression, and it is particularly useful for those who are unable or unwilling to take antidepressant medication.

Improved recognition and treatment of depression in late life will make those years more enjoyable and fulfill for the depressed elderly person, the family, and caretakers.

How to Help Yourself If You Are Depressed

Depressive disorders can make a person feel exhausted, worthless, helpless and hopeless. Such negative thoughts and feelings make some people feel like giving up. It is important to realize that these negative views are part of the depression and typically do not reflect actual circumstances. Negative thinking fades as treatment begins to take effect. In the meantime:

How Family and Friends Can Help the Depressed Person

If you know someone who is depressed, it affects you too. The most important thing anyone can do for the depressed person is to help him or her get an appropriate diagnosis and treatment. You may need to make an appointment on behalf of your friend or relative and go with her to see the doctor. Encourage him to stay in treatment, or to seek different treatment if no improvement occurs after six to eight weeks.

The second most important thing is to offer emotional support. This involves understanding, patience, affection and encouragement. Engage the depressed person in conversation and listen carefully. Do not dispute feelings expressed, but point out realities and offer hope. Do not ignore remarks about suicide. Report them to the depressed person’s therapist. Invite the depressed person for walks, outings, to the movies and other activities. Keep trying if he declines, but don’t push her to take on too much too soon. Although diversions and company are needed, too many demands may increase feelings of failure. Remind your friend or relative that with time and treatment, the depression will lift. 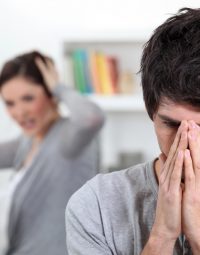 How To Express And Handle Anger 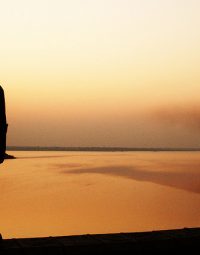 How To Get Rid Of The Feeling Of Loneliness