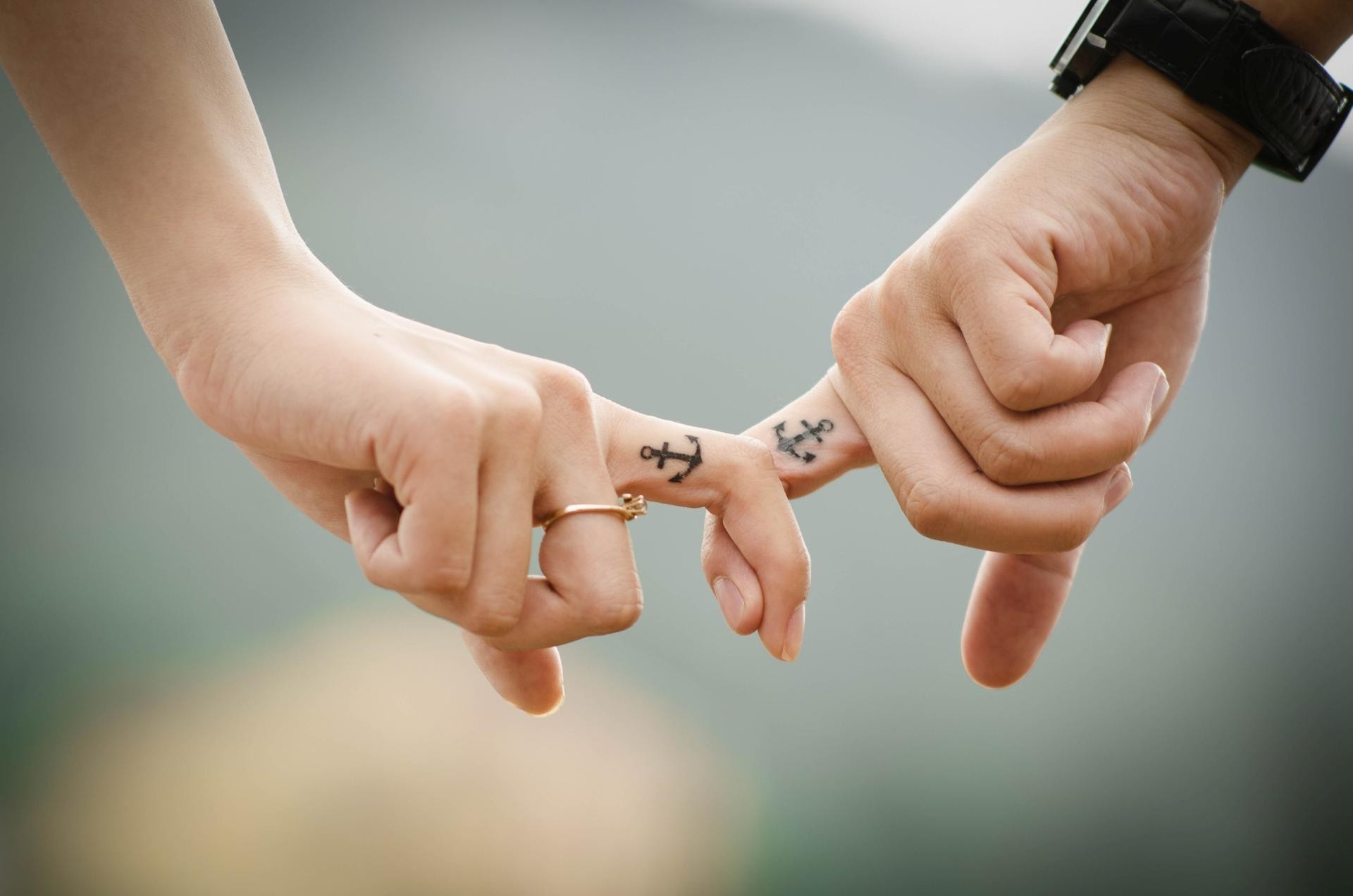 The trifecta of a romantic relationship — intense love, sexual desire and long-term attachment — can seem elusive, but it may not be as uncommon or unattainable in marriages as we’ve been conditioned to think.

“We are born to love,” writes anthropologist and author of Why We Love, Helen Fisher. “That feeling of elation that we call romantic love is deeply embedded in our brains. But can it last?”

The science tells us that romantic love can last — and more than we often give it credit for. As a culture, we tend to be pretty cynical about the prospect of romantic love (as opposed to the ‘other’ loves — lust and long-term attachment) enduring over time and through obstacles, and for good reason. Roughly 50 percent of marriages end in divorce, with 2.4 million U.S. couples splitting in 2012. And among those that stay together, marital dissatisfaction is common.

In long-term partnerships that do succeed, romantic love tends to fade into companionship and a love more akin to friendship than to that of a couple in love.

But no matter how cynical we are about the prospect of life-long love, it still seems to be what most Americans are after. Romantic love is increasingly viewed as an essential component of a marriage, with 91 percent of women and 86 percent of American men reporting that they would not marry someone who had every quality they wanted in a partner but with whom they were not in love.

This type of love is good for both our marriages and our health. Romantic love — free from the craving and obsession of the early stages of falling in love —can and does frequently exist in long-term marriages, research has found, and it’s correlated with marital satisfaction, and individual well-being and self-esteem.

Although science has given us some insight into the nature of love and romantic relationships, this fundamental domain of human existence remains something of a mystery. Love, particularly the long-lasting kind, has been called one of the “most studied and least understood areas in psychology.”

There may be more questions than answers at this point, but we do know that both being in love and being married are good for your physical and mental health. And psychologists who study love, marriage, and relationships have pinpointed a number of factors that contribute to long-lasting romantic love.

Despite high rates of divorce, infidelity and marital dissatisfaction, it’s not all hopeless — far from it, in fact. A 2012 study of couples who had been married for a decade, published in the journal Social Psychological and Personality Science, found that 40 percent of them said they were “very intensely in love.” The same study found that among couples who were married 30 years or more, 40 percent of women and 35 percent of men said they were very intensely in love.

But don’t be convinced solely by what these couples reported — research in neuroscience has also proven that intense romantic love can last a lifetime.

A 2011 study published in the journal Social Cognitive and Affective Neuroscience looked the brain regions activated in individuals in long-term romantic partnerships (who had been married an average of 21 years) and compared them with individuals who had recently fallen in love. The results revealed similar brain activity in both groups, with high activity in the reward and motivation centers of the brain, predominantly in the high-dopamine ventral tegmental area (VTA). The findings suggest that couples can not only love each for long periods of time — they can stay in love with each other.

Sustaining romantic love over the course of many years, then, has a positive function in the brain, which understands and continues to pursue romantic love as a behavior that reaps cognitive rewards, according to positive psychology researcher Adoree Durayappah.

“The key to understanding how to sustain long-term romantic love is to understand it a bit scientifically,” Durayappah wrote in Psychology Today. “Our brains view long-term passionate love as a goal-directed behavior to attain rewards. Rewards can include the reduction of anxiety and stress, feelings of security, a state of calmness, and a union with another.”

They maintain a sense of “love blindness.”

When we first fall in love with someone, we tend to worship the ground they walk on and see them as the most attractive, smartest and accomplished person in the room. And while we might eventually take our partner off of this pedestal after months and years of being together, maintaining a sense of “love blindness” is actually critical to long-lasting passionate love.

A University of Geneva review of nearly 500 studies on compatibility couldn’t pinpoint any combination of two personality traits in a relationship that predicted long-term romantic love — except for one. One’s ability to idealize and maintain positive illusions about their partner — seeing them as good-looking, intelligent, funny and caring, or generally as a “catch” — remained happy with each other on nearly all measures over time.

Boredom can be a major obstacle to lasting romantic or companionate love, and successful couples find ways to keep things interesting.

Psychological research has suggested that couples who experience the most intense love are the ones who not only experience a strong physical and emotional attraction to one another but also who enjoy participating in new or challenging “self-expanding” activities together, Psychology Today reported.

“Novel and arousing activities are, well, arousing, which people can misattribute as an attraction to their partner, reigniting that initial spark,” writes Amie Gordan in the Berkeley Science Review.

They avoid neediness by preserving their independence.

Neediness is the enemy of long-lasting desire (an important component of romantic love), according to psychologist and Mating in Captivity author Esther Perel. In a popular TED Talk, Perel asks, “Why does sexual desire tend to fade over time, even in loving relationships?”

“When I see my partner on their own doing thing in which they are enveloped, I look at this person and I momentarily get a shift of perception,” Perel says. “[We] stay open to the mysteries that are standing right next to each other… What is most interesting is that there is no neediness in desire. There is no caretaking in desire.”

So if you’re looking to keep that spark going, give your partner the space to do what they’re good at — and make sure to take the opportunity to observe them in their element, when they are “radiant and confident,” says Perel.

Their passion for life carries over into their relationship.

Psychologists have found that a strong passion for life can help to sustain passion in a life-long romantic relationship. The 2012 Stony Brook University study examining personality qualities that predicted long-term passionate love found that individuals who exhibit excitement for all that life has to offer are more likely to find success in their romantic partnerships.

“People who approach their daily lives with zest and strong emotion seem to carry these intense feelings over to their love life as well,” Susan Krauss Whitbourne, Ph.D., wrote in Psychology Today. “If you want your relationship to have passion, put that emotional energy to work on your hobbies, interests, and even your political activities.”

They see their relationship as a journey together towards self-fulfillment.

Whereas individuals used to be more likely to look to marriage for safety and security, the societal standard has shifted such that more men and women enter into marriage looking for self-actualization and personal fulfillment. Such a marriage can be more satisfying for both partners but requires each partner to invest more time and energy into the partnership for it to be successful.

“The average marriage today is weaker than the average marriage of yore, in terms of both satisfaction and divorce rate, but the best marriages today are much stronger, in terms of both satisfaction and personal well-being, than the best marriages of yore,” Eli J. Finkel, a professor of social psychology at Northwestern University wrote in a New York Times op-ed, describing this shift from companionate to self-expressive marriages.

Rather than looking to marriage to serve our basic needs for survival and companionship, we’re now seeing marriage as a vehicle for self-fulfillment. This new directive can help to facilitate long-term romantic love, so long as each partner is willing and able to put more of their resources into the relationship.

“As the expectations of marriage have ascended Maslow’s hierarchy, the potential psychological payoffs have increased,” Finkel noted, “but achieving those results has become more demanding.” 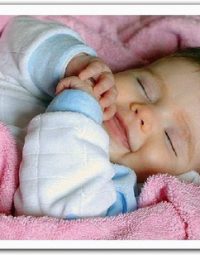 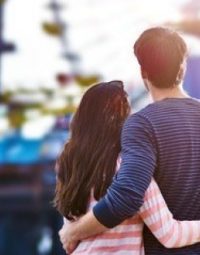 Tips For A Long Term Relationship